Last week, I attended a meeting in the Knesset with MK Meir Porush (United Torah Judaism) and a group of aliyah activists who have joined to form what they call the Charedi Eretz Yisrael Coalition.

The group’s goal is to encourage charedim in the Diaspora to learn more about life in Eretz Yisrael and to explore aliyah possibilities.


“In 1937,” MK Porush told the assembled, “Agudat Yisrael published a public statement of protest in newspapers…after the British forbade the further immigration of Jews to Eretz Yisrael….that the rights of the Jewish Nation to Eretz Yisrael were their ancient inheritance from the Holy One Blessed Be He, the Master of all the World, and these rights were not subject to limitation by any human mandate….

“The opposite was the case we stated…the arrival of more and more Jews to the country must continue in even greater numbers, and laws prohibiting the acquisition of land must be abolished.”

Porush, an MK of 24 years, made these remarks after listening to reports from the gathered aliyah activists.

The organizer of the meeting, Rabbi Yaacov Sternberg, founder of the Eretz Yisrael Movement, said the novel coronavirus and anti-Semitism have caused a rush of charedim to phone his office in Manhattan and the office of Naava Kodesh, which tries to provide charedi Jews with as much information as it can about life in the Holy Land.

Joshua Wander, founder of the grassroots Bring Them Home Movement, said the town recorder’s office in Monsey, NY, is complaining that it has been inundated with requests for copies of birth and marriage certificates – documents required by the Jewish Agency for aliyah registration.

He confided that he has been in touch with a group of Satmar chassidim from Williamsburg who wish to relocate to Israel. Rabbi Elisha Bruck, who works with a group called Kedushat Tzion told me that since Medinat Yisrael is a highly-charged subject for charedim, Kedushat Tzion employs the word “immigration” in its literature and conversations, not “aliyah,” which has a Zionist connotation.

In explaining the need for his group, Sternberg said Nefesh B’Nefesh, the popular aliyah-facilitating agency, doesn’t tailor its services specifically to charedim. “We hope Nefesh B’Nefesh opens a charedi department,” he said, “but in the meantime, we are trying to fill the vacuum.”

Nefesh B’Nefesh spokesperson Yael Katsman told The Jewish Press, “We have been engaged in serious talks regarding the issue and we are giving it much consideration.”

Sternberg said that he arranged the meeting with MK Porush because he is a great lover of Eretz Yisrael. “The moment he heard about our coalition, he graciously agreed to meet with us to learn how he could help us in our efforts.”

Porush told the assembled activists, “I would like to bless everyone who is working on this important concern. Though I may disagree with you in certain nuances, certainly there is no disagreement that Eretz Yisrael is the place where all Jews must eventually be.

“Along with this, we hope that with the immigration of greatly increasing numbers of G-d fearing charedi Jews, and a resulting greater charedi community, that things in Israel will change so that the charedi Jew can live here without unpleasant complications….

“My job, and the job of United Torah Judaism, is to fight against…against all those who disgrace the name of Hashem and of Eretz Yisrael by bringing laws against the Torah and fostering philosophies and behaviors that pollute the Holy Land…. My job is to make sure that the charedi community feels that they are glad to live here, that no one bothers them to study Torah and keep Shabbat the way that they wish….

“We strive to guard the pure flask of oil and to preserve the yeshivot and the charedi educational system in all of its strength and sanctity. If I, and others in this building, can help bring more and more Jews here, that is a part of our job in helping to sanctifying the name of G-d and the good name of Eretz Yisrael.”

I asked MK Porush, as a former Minister of Housing and a member of the party that currently holds the Housing Portfolio, if any construction was under way for new developments designed for charedi olim. He replied in part:

“If HaKodesh Baruch Hu decides to send us an influx of new olim, the Cabinet will convene and come up with a strategy to meet the challenge. But to rush forward and construct housing developments that no one shows up to buy – that can bring about economic disaster.

“Halevai that they come. First let them come. If they do, Medinat Yisrael will make sure they have where to live. Right now, there are plenty of apartments available.”

I countered that if Israel declared aliyah a national priority, and if United Torah Judaism and its leading rabbis called upon charedim in the Diaspora to make aliyah, many more would come knowing that the representatives of the charedi community in Israel were waiting to welcome them and take care of their needs.

MK Porush replied that many won’t make the move. “Not because there are people who don’t yearn to come to Eretz Yisrael,” he said. “Rather, the complexities and needs involved in moving to a new place are so numerous that people balk at the undertaking, especially when they have established their lives in New York, or France, or Canada, or Belgium. Everyone has a myriad of elements that influence his life and livelihood.

“There are people who maintain that there is a Torah commandment today to live in Eretz Yisrael, and there are others who say that it is a mitzvah, but you don’t have to leave your home in chutz l’aretz in order to fulfill it. I am not a rabbi. I don’t have semicha. I don’t feel myself qualified to take a stand in the matter. But even if you tell them that it is a mitzvah which obligates everyone today, they won’t make aliyah because of that.

“You also can’t hide the fact that charedi Jews have problems here. People read about the incitement against charedim. They hear about the excessive police violence against charedi demonstrations. There are 450,000 students enrolled in charedi educational institutions in Israel, and, as a former Deputy Minister of Education, I can’t say they receive the same benefits as everyone else….

“Charedim love Eretz Yisrael. A large percentage of new olim every year are charedim. But you can’t say that aliyah is the solution for everyone.” 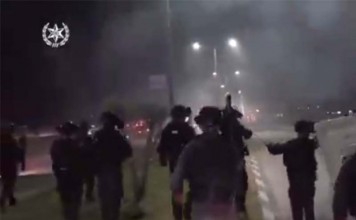 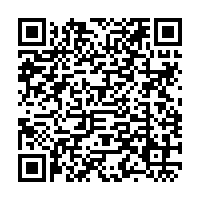