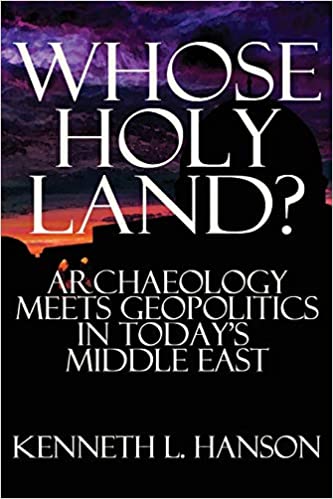 On July 22, 2020, a stunning announcement was reported by the Jewish Press about a new archaeological discovery by the Israel Antiquities Authority (IAA) in Arnona near the US Embassy in Jerusalem. It was the uncovering of a vast administrative center in Judea built during the reign of King Hezekiah with seals attesting to the ancient Jewish presence during the First Temple period between the eighth and the middle of the seventh century B.C.E.

IAA archaeologist Benyamin Storchan in a Jerusalem Post report noted: “We found about 120 stamped seal impressions on jar handles written in ancient Hebrew script, which translate as ‘belonging to the king.’ These stamped jars were usually related to tax collection. Up to this day, 1,000 similar items have been found in over a century of excavations in Israel, which gives us an idea of the importance of this area”.


In 2019, the City of David Foundation announced discovery of seals of legendary King David’s son.  Lawrence Franklin noted in a Gatestone Institute article:

“On September 9, 2019 ,  the foundation’s leading archaeologist, Eli Shukron, announced the discovery of a 2,600-year-old royal seal, found near the Western Wall in the Old City of Jerusalem, which bears the name (in Hebrew) of Adenyahu, a son of King David mentioned in the biblical book of Kings”.

As has been true with previous archaeological discoveries in Israel, however, this one is unlikely to put a dent in the long-term international campaign to delegitimize the Jewish state by rewriting and distorting its history, even by renaming the Jewish sites Rachel’s Tomb near Bethlehem to “Bilal ibn Rabah mosque” (it was never a mosque) and Hebron’s Tomb of the Patriarchs the Ibrahimi Mosque.

The delegitimizations of the ancient Jewish presence in Jerusalem began in the Seventh Century C.E. by Abd al-Malik ibn Marwan – the fifth caliph of the Umayyad dynasty of Syria— who built the Dome of the Rock on the Temple Mount. That was placed over the legendary site where Jews believe Abraham was poised to sacrifice his son Isaac. Fast forward to July 2000 and the Camp David Peace Talks under the auspices of former President Clinton between then Israeli PM Ehud Barak and the late PA President Yasser Arafat. Arafat disputed the Jews building the First and Second Temples in Jerusalem, instead suggesting they may have been in Nablus.

These important Israeli archaeological discoveries make the case for ancient Jewish rights to the Land of Israel. It is the major theme of a new book published by the NER Press written by University of Central Florida Professor Dr. Kenneth L. Hanson, Whose Holy Land? Archaeology Meets Geopolitics in Today’s Middle East, which was the subject of a wide-ranging Israel News Talk Radio – Beyond the Matrix interview with Jerry Gordon and Rod Reuven Dovid Bryant.

Dr. Ken Hanson is the coordinator of the Interdisciplinary Program and Judaic Studies at the University of Central Florida. He has taught the history, literature, and cultural legacy of the Jewish people from antiquity to the modern rise of the State of Israel. He has lived in Jerusalem and the Northern Galilee. He earned a master’s degree in International Intercultural Communications and went on to earn a doctorate in Hebrew and Literature from the University of Texas at Austin. He has published multiple books on these topics. He has been on national television and syndicated radio, History Channel, Travel Channel, and the Gaia Network. He holds unique insights on the question of why Israeli Jewish heritage is proven by archaeology.

Dr. Ken Hanson’s new book uniquely covers two “Holy Lands,” two Israels, two Jerusalems. The one above ground, that pilgrims see on tour, boasts historic buildings and majestic architecture. Another is below ground and is much more mysterious. This is where we find evidence of who lived in this land thousands of years ago and a “narrative in stone,” supporting the Jewish people who lay claim to it today. As the Middle East continues to be the flashpoint of global conflict, the “facts underground” could hardly be more relevant.

When asked how significant the archaeological evidence of the three Millennia Jewish presence in Israel is, Dr. Hanson replied:

“It is everywhere. Somebody said, “You want to learn about America, take a book. You want to learn about the land of Israel, take a shovel.” You dig down and from Jericho to Shechem to Nablus, which is currently a Palestinian city, that is sitting on top of an area that was Jewish. Joseph’s Tomb, Rachel’s tomb, Bethlehem, it is everywhere. All you must do is look. There are ongoing archaeological digs, that are controversial. Beyond that, there are Jews who desire to live in these places where you have an historical Jewish presence for thousands of years. Settlements have gone up, some of which have been deemed illegal by the international community. What? It is illegal for Jews to live in their own land. If you are Jewish, you cannot live in Hebron”.

“It is not an exaggeration to say that this is the goal of the Palestinian Authority. When a Palestinian state should ever arise in this land, all Jews must leave. The Jewish settlers and settlements must be dismantled. They must leave. Palestine must be judenrein. If they do not leave, what would be the fate of the settlers who have the audacity simply to want to live near the Tomb of the Patriarchs, where Abraham, at least in tradition, is buried, the other patriarchs and the matriarchs, Abraham, Isaac, Jacob?  Not a pleasant one. It would not be possible”.

“That is what is so terribly controversial because there are many on the Palestinian side who do not acknowledge that Jews ever lived in the land of Israel. This is the extent of the propaganda that goes forth, even to school children who grow up in the Palestinian Authority. They argue: “The Jews came here as colonialists in the 19th and 20th centuries C.E., there were no Jews in this land prior to that”.

What follows is the Israel News Talk Radio – Beyond the Matrix interview with Dr. Kenneth L. Hanson. 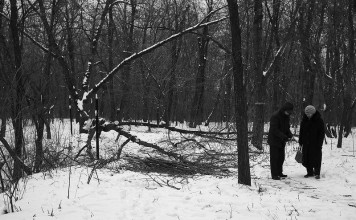 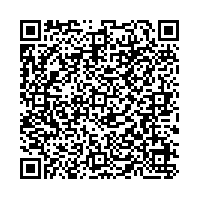