Got “Olympic fever?” … or do you prefer a real life thrill-of-victory story?

Heather’s guest this week is Professor Shaul P. Ladany, the only person who survived both a Nazi concentration camp, and the massacre of 1972 at the Olympics in Munich. Where such tragic ordeals might finish off the rest of us, Ladany did not let his life’s hardships immobilize him. Rather, Ladany obtained an Ivy League education and became chairman and professor of Industrial Engineering at Ben Gurion University in Israel. He authored over a dozen scholarly books and 110 scientific articles, and holds U.S. patents for eight mechanical designs.


Additionally, Ladany boasts an illustrious career as a world-record-setting racewalker and two-time Olympian.

On this two-part edition of “Conversations with Heroes” we will hear Ladany’s full account of his life’s events which lead up to the “Black September” massacre in Munich, and how this hero of Israel persevered afterward.

All other photos courtesy: Shaul Ladany 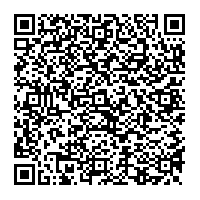