Orly Benny Davis talks with Israeli political scientist, analyst and consultant specializing in the Arab–Israeli conflict, Raanan Gissin. Gissin was also a senior adviser to former Israeli Prime Minister Ariel Sharon. He was a frequent spokesman for the Israeli government being interviewed on CNN, MSNBC, and Fox.
Orly also addresses the UK-Russia relationship and the dangerous spy-game.

From Jerusalem With Love 14March2018 – PODCAST 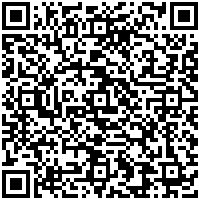