This Programme: Gives a comprehensive explanation of the implications of global warming and what happened at COP26, the international conference on Climate Change. Who were the winners and who considered themselves to be the losers. Also, why did Israel send a 140 strong delegation?

Nefesh B’Nefesh: The non profit organisation that assists prospective immigrants predominantly from English speaking countries and France to make Aliyah, to immigrate to Israel has grown into an important engine and constituent in the promotion of Aliyah. Our State President has opened their new state of the art campus in Jerusalem to facilitate the easy integration into Israeli society.


Yad Ezer L’Chaver: Is another example of how ‘Chesed’ , doing acts of kindness, is a pillar of life in Israel. Hear about their important work for those who lived through the horrors of the Nazis and their Beauty Pageant for Miss Holocaust Survivor to bring fun into their lives, that took place at the Friends of Zion Museum in Jerusalem, judged by famous personalities including Miss Israel 2021

Hear: About the meeting of all the Church leaders in Israel including both Chief Rabbis and their meeting with President Herzog discussing the dangers of Covid19, and to promote and encourage their communities to vaccinate. They considered it to be a holy duty for the health of the nation.

The Ultra-Orthodox: Charedi Community in Israel is again being targeted by our anti-religious government. This time it’s about the use of ‘kosher’ telephones. Walter explains what’s going on.

The Turks: Are playing the hostage game. Anything to divert their public’s attention from the economic hardship suffered by the indigenous population because of nearly four million Syrian refugees in the country. The Turkish populations is demonstrating in the streets. This programme discusses the implications that caused the arrest of two innocent Israeli civilians on vacation in Turkey’ charged with espionage and their sudden release.

Why: Did both our highest Officers of State personally phone to thank the Turks for the release, which is prove of their innocents. Should this have been used for diplomatic overtures?

And: This programme asks how a career criminal slipped through the security net to be employed in the home of our Defence Minister. 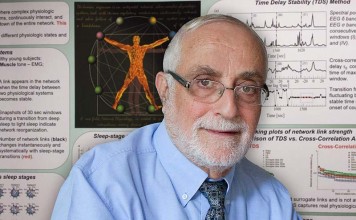