Gil Hoffman speaks about the Natalie Portman scandal with Michael Medved, one of America’s most respected film critics and arguably the most successful Jewish radio talk show host in the history of mankind. Gil asks Medved about why it matters so much that a Hollywood star refused to come to Israel and rejected a $2 million prize. He also speaks to Medved about the significance of next month’s inauguration of the American embassy in Jerusalem. 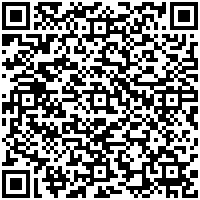