The Left is not treasonous and Zionism is part of my identity, Zionist Union MK Merav Michaeli says in an interview with Gil Hoffman. She blames the poor reputation of the Left on incitement by its political opponents. She says she is optimistic that the Left’s image can be repaired. She says the Left stands for promoting peace, equality and democracy and there is still hope if strengthening all three. She says she is happy that the US is moving its embassy to Jerusalem and hopes Donald Trump will reach the ultimate deal between Israel and the Palestinians. 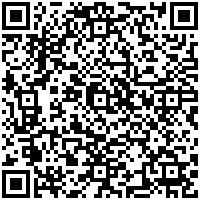