For the past two Friday’s Hamas has been holding violent rallies at the Gaza border ​featuring infiltration attempts into Israeli territory. While IDF forces have done what’s necessary in defending the communities of the south, the EU, UN, and others are calling for the opening of probes against the Jewish State. On today’s Israel Uncensored, Josh Hasten discusses how Hamas claims – when speaking in English to the international press, that their demonstrations are peaceful. However in Arabic they admit the true goal of these events are to, in their words “tear the Israeli’s hearts out of their bodies.”

Also on the show a unique interview with Dr. Yoni Yehuda an Israeli psychologist and top world expert in the field of animal therapy. With over 1,000 animals on his small farm, Yehuda uses a variety of species in treating IDF soldiers with PTSD, terror survivors, children with learning disabilities, autism, and others from all over the country. Some of Yehuda’s clients even arrive from abroad to receive this special ‘made in Israel’ life changing therapy. 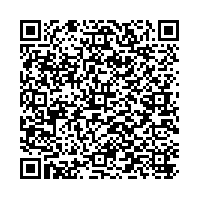