On today’s Israel Uncensored with Josh Hasten an interview with Rabbi Natan Alexander. Rabbi Alexander along with his wife and children were one of the 15 families expelled from Gush Etzion’s Netiv Ha’avot neighborhood in Elazar this past week per a High Court ruling. While Alexander is grateful for the love he has felt from friends and neighbors this past week, his request to the world is not to forget Netiv Ha’avot on the 8th day following the expulsion. As he explains, when a Jew finishes the seven-day mourning period, surrounded by the warmth and support of family and friends, it is that 8th day when life ‘goes back to normal’ that is the hardest. Rabbi Alexander asks that instead of acting ‘business as normal,’ friends of Israel should pressure their leaders and elected officials to make sure that the government of Israel fulfills its promise to rebuild Netiv Ha’avot along with another 350 planned units thus turning this misery into joy. 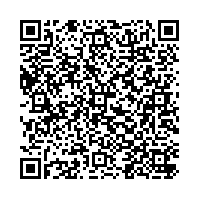