Eve is in Scottsdale as a Shabbat scholar in residence and to raise awareness about Yehuda and Shomron. Jake Bennett, a former IDF combat soldier now fighting Israel’s battles on the Arizona front of public opinion, shares his thoughts on what BDS really is and his efforts with people of influence. Why are “pro-Palestinan” groups destroying co-existence? What’s with the obsession with the Jewish state? How are Israeli expats making a mark? There is no more just cause than being for Israel’s continued existence. Listen in to an erudite, educated voice of Israel advocacy whose involvement in many forums has exposed him to the sad reality that some of Israel’s most vehement detractors are other Jews. 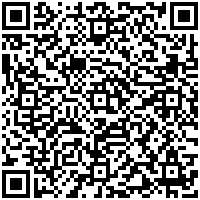