In case you’re having one of those lazy Sundays with no plans at all — it beats a lot of other things you could be watching.

Also, if you haven’t seen it but were ashamed to admit it — here’s your chance to catch up.


And, of course, it’s also a dynamite movie.

Music by Jerry Bock, lyrics by Sheldon Harnick, book by Joseph Stein, set in 1905, Czarist Russia, based on Tevye and his Daughters (or Tevye the Milkman and Other Tales) by Sholem Aleichem.

The story revolves around Tevye, the father of five daughters, and his attempts to maintain his family and religious traditions while outside influences encroach on their lives. He is coping with his three, strong-willed daughters, who each pick a husband that’s further away from the faith, and with the Czarist repression.

The original Broadway production opened in 1964, and had more than 3,000 performances. It has since had four Broadway revivals, and this very successful 1971 film adaptation. 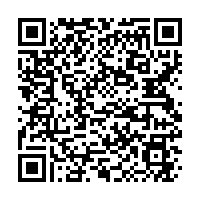