Former Kuwaiti Minister of Information Sami Abdullatif Al-Nesf said that throughout history, the Palestinian cause has suffered because of the extremists. “Lands are regained through peace, not through war,” he said.

Al-Nesf, a pilot and former chairman and managing director of Kuwait Airways, said: “Unless we turn to the kind of reasonable thinking that we have lacked for a century, we will continue to accuse the voices of reason of being traitors, criminals, and collaborators, in order to walk in the path of extremism, which always ends in a catastrophe.”

He further said that “the issue of displacement is a common thing,” and that “we chose to wage war and lost, so by logic, we should pay the price.”

The interview with Al-Nesf aired on the Kuwaiti Diwan Al-Mulla Internet TV on July 11. 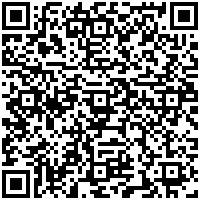