I suppose you could get people to say and do terrifying things in the name of God, no matter how beautiful and sensitive is the text you’re starting from. But it’s rare to see someone do this to such a young child, and with the loving tone of a kindergarten teacher, too.

I’m not bothered by the fact that these people hate me and want me dead without ever having met me; and I’m OK with them polluting their young with it – they’ll have to live in a society in which the murderous tendencies of human beings are promoted to the status of values.

I’m only worried that we’d learn from them and that their monstrous dialect of human speech would become a license for our own breaking down the barriers of human civilization to reveal the psychopathic Nazi within each one of us.

Don’t take me wrong, once any of these shmegegies tries to make good on their teaching and come after me, I want him or her dead. But I pray to God that none of us ever adopt this manner of expression, this reptilian malevolence, in our interaction with one another.

Now enjoy this astonishing set of crocodiles teaching their young. 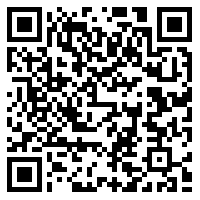