Produced for Hebron.com
According to tradition, Adam, the first man, carved out the original cave about five thousand years ago. It was here that Adam and Eve were buried.

About a thousand years later, the forefather Abraham purchased the cave from Ephron the Hittite, and there he buried his beloved wife, Sarah.
The site became the first Hebrew property in the Land of Israel, and Later, the rest of the Patriarchs and Matriarchs were buried in the cave.

After approximately one thousand years, David was crowned King of the tribe of Judah in Hebron, and later was coronated king of Israel.

During the Second Temple period, Herod the king of Judah built a magnificent structure above the burial cave. The building has been uniquely preserved in its entirety to this day.
Inside the monumental complex, Herod placed three pairs of tombstones in memory of the Patriarchs and Matriarchs of the nation.

Empires change, and the rulers of the land, Christians and Muslims, take over the Herodian structure and build their own worship halls.

Despite the dangers, the famous scholar and physician Rabbi Moshe ben Maimon – Maimonides – comes to visit and pray at the cave.

The Mamluk Muslim conquerors added mosque spires to the Jewish structure. They forbade Jews and Christians from entering the building or even ascending beyond the seventh step. This ban was in place for seven hundred years.

The Ottomans occupied Israel and controlled it until the end of World War I. After the war, the British received a mandate to rule the Land of Israel.
In 1929 an Arab mob attacked the Jewish community of Hebron. 67 people were slaughtered and the oldest Jewish community in the world was destroyed.

The Miracle of the Six-Day War: The Israeli army liberated Jerusalem and Judea and Samaria from Jordanian occupation, including Hebron.
Today the Tomb of the Patriarchs and Matriarchs is a place of prayer and inspiration, and is the root of Jewish peoplehood and Israel’s identity.
Anyone seeking closeness to the Creator and the faith of the forefathers and mothers, can find it here.

Many events are held here including prayer services, weddings, ceremonies, and celebrations.

For believers from all over the world, the Tomb of the Patriarchs and Matriarchs is a spiritual and historical center and a place where one can connect to the path and faith of the forefather Abraham. 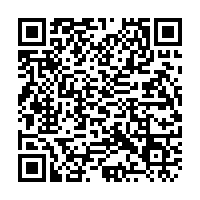