On Nov. 6, a 12 year old Crown Heights Jewish boy was punched in the face on the streets of Brooklyn. After striking the victim, the attacker and his accomplice ran off.

“His friends told him that if he did not hit someone he would not get any respect, and he was repeatedly made fun of until he did,” according to a local news source.

The 13 year old was charged with assault and aggravated harassment and sent home with his mother to await trial. 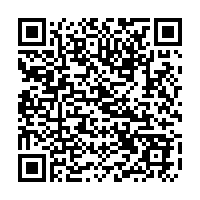