There is a small, tight-knit and strict community of Jews currently in Canada who call themselves “Lev Tahor,” which means “pure heart.” The group is also known by the nickname “the Jewish Taliban.”

This sect is considered an extremist group even by haredi standards.  Probably a short hand way to explain that is the women members wear clothing that resemble burkas. The group has about 200 members.  It is anti-Zionist and has been residing in Quebec, near Montreal, for the past ten years.


However, there have been difficulties between the Canadian authorities and the Lev Tahor sect, primarily over the issues of educating their youth.  In addition, there are ongoing child welfare investigations prompted by outsiders or relatives of the sect members who allege the children don’t have proper hygiene, are neglected and suffer from psychological abuse.  There are also rumors of forced marriages.

The primary issue, according to Nachman Helbrans, the sect leader’s oldest son, is education.  The Lev Tahor’s belief system rejects evolution and the Quebec school requires that all children within the province, even those who are home-schooled, must have curricula that is equivalent to the public schools. Failure to comply with that requirement could mean that the children of group members could be removed from their families and placed in protective services.  That is not something Lev Tahor could tolerate.

The group left Quebec for Ontario last week.  They all left at once, in the middle of the night, in rented buses.

Critics said the group fled a child welfare investigation, while Helbrans said it had been a planned departure because there was no way the group could accede to the Quebec education requirements, and Ontario’s standards are more relaxed.  Leaving in the middle of the night ensured that most of the children would sleep through the trip.

Monday, Nov. 25, a Quebec judge ordered two of the Lev Tahor families who are now in Ontario to return to Quebec for a hearing with child protection officials.  That hearing is scheduled for Wednesday, Nov. 27.

Nachman Helbrans told The Star that the families would attend the hearing.

“Legally, they don’t have to go back to court, but they decided to go back just to honour the court.”

Canada is not the only country doing battle with the Lev Tahor.

Actually, the sect has its roots in Israel. The senior Helbrans was born in Kiryas Yoel.  He moved to the United States where he and his followers formed Lev Tahor.  In 1992, Shlomo Helbrans was convicted of kidnapping a 12 year old boy from the Yeshiva where Helbrans taught. His defense was that the boy wanted to be part of Lev Tahor. Helbrans served two years in prison. Following his release, Helbrans was deported to Israel in 2000.

However, by 2003, Shlomo Helbrans and his family moved to Canada.  They entered that country after receiving refugee status. Helbrans claimed he was being persecuted in Israel. The Lev Tahor believe there should not be a Jewish state until the coming of the Messiah, and until that time Jews should not have power in Israel.

A son of the group’s leader fled the group and moved back to Israel.  According to Nachman Helbrans, this brother was in a bitter custody battle with his ex-wife, left for Israel, and then claimed his children were being neglected.  Several children from that family were removed and sent to live in Israel with the father.

This month a Knesset committee scheduled hearings on the Lev Tahor sect. Knesset member Yariv Levin called the group before the Child Welfare Committee.  Among the charges raised against the group are: placing people in solitary confinement, forcing little girls into marriages with old men, forcing loving couples to divorce, and hitting children with tire irons. 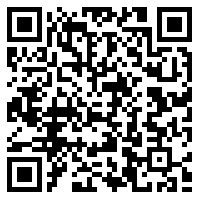