The name of Israeli Hollywood producer Arnon Milchan is not a household name in the United States as it is in his native country, but many of his movies are.  Those movies include “Pretty Woman,” “Mr. & Mrs. Smith,” and “12 Years a Slave.”

And although it was whispered about, and even occasionally said out loud that Milchan was a spy for his native country, Milchan finally admitted out loud, on television, that he helped Israel purchase technologies in order to develop nuclear bombs.


The story came out in an interview aired Monday, Nov. 25, on Israel’s Channel 2.

“I did it for my country and I’m proud of it,” said Milchan, who ran a successful fertilizer company in Israel before hitting the big time as a movie producer in Hollywood.

Perhaps one of the biggest surprises, at least for Americans, is that Milchan was recruited for his clandestine work by Shimon Peres who currently serves as Israel’s president.

Milchan was part of a special unit whose acronym was LAKAM.  Their mission was to secure the technology for Israel’s secret nuclear weapons program. LAKAM was disbanded when it was compromised by the arrest of Jonathan Pollard, the U.S. Navy Intelligence Analyst who has been incarcerated in prison for 29 years for attempting to pass classified material to Israel.

New Regency is the name of Milchan’s production company, and it has more than 120 films under its belt.  Milchan has worked closely with many of Hollywood’s biggest stars, including Robert De Niro.

De Niro, who appears in Israel’s Channel 2 interview, was asked whether he was aware of Milchan’s spying activities.

“I had heard but I wasn’t sure,” said De Niro. “I did ask him once, and he told me that he was an Israeli and of course he would do these things for his country.” 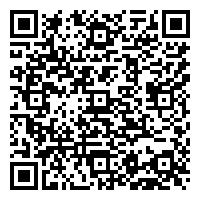