Six new immigrants from Donetsk, Ukraine landed in Israel Tuesday, May 27, having narrowly escaped battles between Ukrainian military and pro-Russian rebels in and around the city’s airport. The clashes shut down the airport and the immediate vicinity yesterday.

The group, including one couple with twin baby girls and another couple from the city of Mariupol, had planned to depart for Israel last night, but were prevented from leaving the country. In order to facilitate their immigration, Jewish Agency representative evacuated them overland to Dnepropetrovsk, paid for the families’ hotel costs until they departed for Israel this morning.


Natan Sharansky, chairman of  the Jewish Agency for Israel and a native of Donetsk, said  Agency representatives in Ukraine continue to be active in all areas of the country and have made plans for any eventuality. “Due to the current situation in the country, we have significantly expanded our activities, assisting those who wish to immigrate to Israel, bringing young people to experience life in Israel on a variety of Jewish Agency programs, providing Hebrew classes, and so on.”

According to The Agency’s Russian language department, approximately 30,000 Jews live in Donetsk Oblast, of whom some 11,000 live in the city of Donetsk. Agency said in a statement that representatives in Ukraine have been authorised to evacuate Jewish families from the conflict area, and added that Jewish Agency representatives are in close contact with the Jewish communities in the area and are prepared to offer immediate assistance, should the need arise.

The statement cited a 142 percent increase in Ukrainian aliyah during the first half of 2014, from 315 immigrants in 2013 to 762 between January and April of this year. During the month of March alone,  222 Ukrainian immigrants came to Israel, a 200% increase over the March 2013 total of 74. 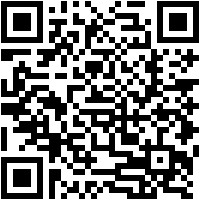