Agriculture Ministry officials on Monday suggested that Minister Uri Ariel had already shelved his proposal—before it was exposed by Yediot Aharonot—to transfer stray cats to another country in order to avoid neutering the animals. Ariel is an Orthodox Jew and objects to castrating animals on religious grounds.

The Talmud prohibits sterilization of human and animal males (Shabbat 110b). Later commentators suggested that male castration defies God’s command, “Be fruitful and multiply.” However, sterilization may be permissible for urgent medical needs.


In Ariel’s correspondence with the Ministry of Environmental Protection, the minister suggested removing Israeli street cats across the border to avoid having to neuter them in order to curb their numbers.

Despite the clarification, animal welfare organizations plan to petition the High Court against the Minister of Agriculture on the grounds that he refuses to use his office’s dedicated budget for neutering cats, and instead continues to seek creative alternatives.

The “Let the Animals Live” association told Ma’ariv that any further delay in the allocation of funds for spaying and neutering would harm cats and sabotage reducing the proliferation of the stray animals. They state that “the Animal Protection Law requires the Minister of Agriculture to allocate a little over $1 million a year to prevent the breeding of stray animals, which means via sterilization. Senior Rabbis have ruled that spaying feral cats is permitted by Jewish law, to prevent them from suffering. Israel does not recognized the right of a government Minister to refuse to enforce a law on religious grounds. If the Minister of Agriculture will continue to refuse to act according to the law, we will appeal to the Supreme Court in the coming days.”

Unlike Meretz leader MK Zahava Gal-On, who said she wants to deport Agriculture Minster Ariel for plotting to deport Israeli cats, the approach by the animal rights associations is not confrontational and is anchored in the law. However, they told Ma’ariv that the Agriculture Ministry’s version, that the plan has long been cancelled, is questionable, because Ariel had just been interviewed by Army Radio about it.

But, also unlike Gal-On, the animal rights people are not looking to score political points off the minister, only to cater to the need of a burgeoning cat population in many Israeli cities. 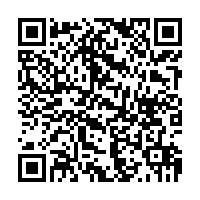