Twisting In The Wind

New York Governor Andrew Cuomo is feeling the kind of pain from the federal government that the state inflicts year after year on county governments across the state.


In some counties more than 80 percent of the budget is set by unfunded mandates levied by the state that county governments must cover. As a result, many counties are forced to make unwelcome choices – either cut services, raise taxes, or figure out how to regularly expand the county tax base.

Now the Trump administration is changing the financial allotment New York receives for environmental measures, health care, immigration rules, etc. As Cuomo agonizes over how these changes will negatively impact New York’s budget and what the state can afford to provide for the poor and indigent, New York Attorney General Eric Schneiderman is gathering fellow attorneys general from across the country to file lawsuits galore.

“Unable to move the repeal of the Affordable Care Act in Congress, President Trump is now attempting to administratively dismantle the ACA bit by bit,” said Cuomo. “His actions will slash benefits and raise premiums in many health plans by 20 percent next year according to the non-partisan Congressional Budget Office, and it will single handedly destabilize insurance markets. With a swipe of a pen, President Trump puts the health of New Yorkers at risk…. As President Trump executes on his mission to strip health care protection from those who need it most, we stand ready to join states across the nation to sue the federal government. We will not go backwards.”

Also this month, Cuomo, who has been outspoken about climate change or global warming, chastised Trump for putting into place policies favoring the coal industry. And last month Cuomo took on the Trump administration for ending the Deferred Action for Childhood Arrivals (DACA) policy.

“Ending this policy represents an assault on the value of diversity that built this state and this nation,” said Cuomo. “The president’s action will destroy the lives of hundreds of thousands of young Dreamers who know only America as their home, including 42,000 New Yorkers. It will rip families apart, sow havoc in our communities and force innocent people…to live in fear…. Today, I am calling on Congress to do what they should have done years ago – pass the DREAM Act.”

And in August Cuomo fumed over the Trump administration directive to prevent transgender people from joining the United States Armed Forces. Cuomo calls it “a shameful step backward in our nation’s bedrock commitment to the fight for equal rights for all. It’s beyond disgraceful to repay bravery with discrimination. Service to country knows no race, no gender, no creed, no sexual orientation, and no gender identity –period.”

Given Cuomo’s strong feelings about the federal government’s rulings and directives, maybe New York’s county governments will gain more sympathy from the Cuomo administration when it comes to relinquishing the stranglehold of unfunded mandates.

The departure of Rabbi Jeremy and Irit Block from Albany after one year of service to its Jewish community left an educational void for the first time in more than five years at the state-run SUNY Albany (or UAlbany) campus. In July the Blocks moved back to Israel with their children, who were students at the Lubavitch-run Maimonides Hebrew Day School. Irit Block taught art at the school while Jeremy spent time on campus doing outreach.

When other rabbis left for greener pastures the void was filled but this year was different. The reason given was that the financial costs of more than $100,000 a year to run the Aish program with trips and to support a family in Albany was too much.

“It has nothing to do with the Albany campus or the desire to want to be there,” Rabbi Elliot Matthias, executive director of the Aish Campus Programs & Hasbara Fellowships, told The Jewish Press.

“Unfortunately we’re a non-profit organization and we depend on donations and sometimes things are better, sometimes it’s more difficult. We have to make decisions. It was nothing to do with Albany or the campus or the staff, it was just a financial decision. Unfortunately we didn’t have the funding to be able to continue our programs.”

Rabbi Gavriel Horan, now the director at the Baltimore-based Jewish Experience Maryland, spent two years as the Aish campus director at UAlbany where there are approximately 4,000 Jews.

“Of the four Jewish campus outreach groups, we only reach about 10 percent of the Jewish campus population,” Horan said last year on The Jewish View, a program taped in Albany. “We all serve different niches. We all feel we could be doing more. The way we view our organization is really about education. We’re much more focused on education. We run a Maimonides program, which is pretty much a national program now. The goal is really to bring the wisdom of Judaism down to earth to show how it applies to every person. From every walk of life the wisdom of Judaism is very, very relevant.”

Clearly the void Aish left when it closed up at the UAlbany campus requires the other Jewish campus groups to fill in the gap of educational outreach Aish had so ably filled. 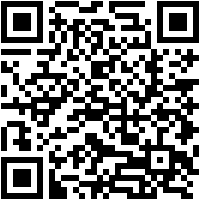