Despite the very best efforts of the very biggest haters, rock-n-roll legend Eric Burdon – star of the classic ’60’s rock band the Animals, War and solo careerist – will play in Israel. He will be performing on August 1 with the 80’s era Israeli band T-Slam.

The Israeli musician and co-founder of T-Slam, Izhar Ashdot, had personally invited Burdon to join them in a concert in Israel.

It’s been an on, then off, and now back on appearance promise by Burdon who originally announced he would be appearing with T-Slam after Ashdot personally invited him.

When Ashdot and fellow T-Slam band member Yair Nitzani met with Burdon in Vienna recently, the British musician informed them he had received messages from many people, asking him to refuse to play in Israel.  But, as the Jerusalem Post reported, Burdon initially told the Israeli musicians, “It’s impossible to prevent music. Everyone needs music and there’s no connection to current politics. Everyone has the right to be entertained.”

Despite those brave words, briefly, Burdon decided to cancel his appearance after his wife and manager, Mariana Burdon, claimed there were not only requests for Eric Burdon not to play in Israel, but threats of physical violence as well.

In response to the prodding of the insatiable haters of Israel at the blog known as Mondoweiss (naturally, the creator of the blog is a Jewish anti-Zionist named Philip Weiss), Ashdot explained why, actually, no, he does not support a boycott of Israel, although he is against what he calls the “Occupation.”

The reporter Ira Glunts preened about supporting the boycott and about writing on Ashdot’s Facebook page that although he loved the Israeli singer’s huge anti-“Occupation” hit, “A Matter of Habit,” he was disappointed that the Israeli musician did not use the fact that Burdon had cancelled to “address the evils of the occupation and how it isolates Israel from the world community. In addition, I recommended that he address the occupation at the concert which was scheduled to go forward without Burdon.”

According to Glunts, Ashdot shut him down.

The singer wrote, among other expressions of disagreement with the thoughts express [sic] in my message: I am afraid that you miss the principal point. The song “A Matter of Habit” is the way in which Alona [the song’s lyricist and Izhar’s life partner] and I express ourselves in regard to the occupation and the damage that it causes our children. Burdon not coming to Israel disappoints me very much, but just as I am against the occupation, I am against boycotts. I, myself, have appeared more than once in the occupied territories, in front of settlers, they are part of my people and one day we must welcome them back without regard to their politics. [My translation, IG.]

Eric Burdon became a musician in the early 1960’s with the band which became known as The Animals.  They were a hugely popular part of the “British Invasion” of the United States by British rock bands.  Like the Beatles, the Animals also appeared on the Ed Sullivan Show.  By the latter half of the 1960’s the band fell apart due to personnel changes and financial mismanagement.  Burdon had a solo career, was part of other popular bands including “War” (“Spill the Wine”) and is still performing at age 71.

Despite the name of Burdon’s second band, he is clearly not someone who embraces the concept of war. It won’t be surprising if Burdon and Ashdot decide to – or feel the need to – speak out against Israeli violence at their concert.  Perhaps they’ll even mention Arab terrorism?  Nonetheless, a political disagreement is not the same thing as a decision to engage in economic warfare, and Ashdot, and now Burdon, refuse to be a part of that nefarious effort.

So Eric Burdon will bring his voice and his presence to Israel, and this is another “brick in the wall” against Zionophobia.

Rather than, as some Zionophobes suggested, Burdon and Ashdot sing “I Gotta Get out of This Place,” meaning, Israel, perhaps the two will instead sing together a different one of the Animals’ best known anthems: “Don’t Let Me be Misunderstood.”  SEE NEXT PAGE FOR VIDEOS 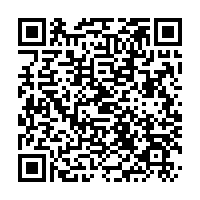