Arab states have floated a proposal to US and European diplomats whereby Bashar al-Assad would agree to resign and he and his family would be sent into exile, according to a report by Reuters.

There is heavy skepticism that Assad would agree to such an arrangement, but the proposal reveals the extent to which Arab states and the West agree that the only and inevitable solution for the 10-month turmoil in Syria is Assad’s ouster.

While the exile option may be premature – considering the ongoing UN Security Council debate on a draft resolution – three countries have already expressed willingness to give Assad sanctuary in order to end the crisis. Although a European diplomat insisted that there was “no way we’d have him in our countries,” sources said the United Arab Emirates is among those states that would.

Should Assad even agree to exile, the issue of immunity would pose another problem, as Syrian opposition and human rights organizations would likely oppose any deal that grants him immunity for the brutal violence perpetrated in the name of his regime.

“We understand that some countries have offered to host him should he choose to leave Syria,” an Obama administration official was quoted as saying, but “there are significant questions of accountability for the horrible abuses that have been committed against the Syrian people.”

The current Arab-Western draft resolution urges Assad to transfer power to his deputy to allow for a peaceful transition to unity government. Russia insists that it would veto any resolution on Syria that does not explicitly rule out foreign military intervention.

The violence in Syria has resulted in the deaths of almost 5,000 people in the past 10 months, and dissidents reported this week that the regime’s forces have intensified operations on Syrian opposition positions. 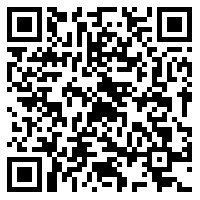