My friend Mrs. Rosen (not her real name) asked me to share her story. A widow for several years, she recently moved back to the community where she grew up so that she could help her elderly parents. She found a small apartment near them and a job, and set about building a life in a place she hadn’t lived in for 40 years. This is her story:

Moving here has been a difficult transition. Everything looks sort of familiar, but after all these years I don’t recognize anyone except the very elderly people who were already middle-aged when I was growing up. Everyone who was young has changed so much that we are just unrecognizable to each other. Besides that, most of my friends moved away long ago. My job is fine, but everyone else at that company is much younger. We get along well, but they’re not friend material. The shul is fine, but again most of the members are young families or Iranian immigrants who don’t speak much English. There aren’t many volunteer opportunities in the Jewish community, either. Plus, when I told my folks I was coming back they started a list of projects for me. None of them are physically taxing (they don’t want me to paint the porch), but they all take time. The problem with doing things for my folks is that they’re very critical. I’d forgotten how difficult they could be. When I’ve been visiting – either alone or with my family, when my children were young and my husband was alive – they’ve been fine. But now that we’re seeing so much more of each other, the “company manners” have worn off. Nothing I do is good enough for them. When I was young they praised me for being a stay-at-home mom; now they say I should have had a better, more lucrative career. My apartment is too small, my furniture is too large, the projects I’ve done for them (under their direction) haven’t been done right, and so forth. You get the idea.

If I had friends with whom to spend time, if I had found some volunteer activities that would take up time, it would help. But so far I haven’t. As a result, I’ve been feeling very down. I’ve started being very critical of myself. I had that problem when I was young, but studying about middos helped, and my wonderful husband helped me focus on my strengths instead of my weaknesses. But now that I’m alone I’m afraid I’m falling back into those childhood ways.

I’ve been listening online to classes about middos, and I’ve been praying for patience with my parents and for friends. But I had gotten so negative that I was even hating myself. Why was I having trouble making friends? Why had God taken my husband? Why had my children decided to move far away from the city where they’d grown up, so that my decision to return to my hometown was easy? What was wrong with me? I don’t like to admit it, but I was filling my head with garbage. And all the prayer and Torah study weren’t helping.

Then, the other morning, everything changed. I walk every morning before work, and most mornings I pass a woman I knew in high school who is out working in her yard. We weren’t friends (she was two years ahead of me) but we knew each other, and that was enough to break the ice between us. Her yard is spectacular. Flowers bloom, die back and are replaced by others, and she removes the weeds before they’re large enough to be seen. When I pass by, I feel like I’m in the pages of a fancy gardening magazine.

Pam (not her real name) is the closest I have to a friend here, but until that morning I’d never been inside her home. She has a lovely house on a hillside with a wonderful view, and of course it is set in that lovely garden. We were talking about insurance, and she offered to give me the name and number of her agent. “Come inside,” she told me.

I was thrilled to see the inside of her house at last. I had pictured it many times, as meticulously kept and decorated as her lovely gardens. But was I in for a shock! The house is an absolute mess. There are piles of this and stacks of that, packages of storage containers, magazines and newspapers, clothing, and more. There was no place to sit down and no counter space in the kitchen to cook on. I must have looked shocked, because Pam said, “I’m pretty untidy, I know. I spend every free minute outside, so I don’t have time to keep up inside. And I hate to throw things away, so they just pile up.” She shrugged while laughing it off, dug out a notepad, pencil and her address book, and gave me her phone number. 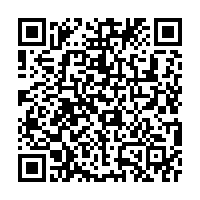