IDF soldiers who maintain a full religious lifestyle and are known to have been keeping their beards during their service will not be required to shave, the IDF has clarified in an official announcement Tuesday. Also, a soldier who did not receive permission to grow a beard and intends to appeal does not have to shave immediately.

As it appears from the IDF spokesperson Brigadier General Motti Almoz’s explanation, the powers that be in the army have given up on their attempt to force non-Haredi Orthodox soldiers to shave, which appeared to be their unofficial intent, and focus instead on soldiers who are not outwardly religious but feel like growing a beard anyway, especially since shaving in combat conditions is uncomfortable and cuts down on sleep time.


According to IDF spokesman, you can’t maintain a disciplined army when everyone is wearing a beard. “Yesterday I visited a combined exercise with the US Army, and not one of their soldiers wore a beard, while on our side almost everyone does. We need to take care of that.”

Former IDF Chief Rabbi Israel Weiss said on Tuesday that soldiers should refuse an order to shave. “I grew up with a beard, it’s the essence of my faith, and you can’t uproot something like that one day.” Former Chief Rabbi Avichai Rontzki said he objects to the new order and insisted every soldier should be permitted to grow a beard.

The Association of Hesder Yeshivas met Monday night to discuss the new order and decided that “a soldier who chose on religious-spiritual grounds to grow a beard and signed the appropriate IDF forms to that effect should exhaust all the available procedures, including submitting an appeal if need be. A soldier should not shave his beard before all the procedures have been exhausted.” 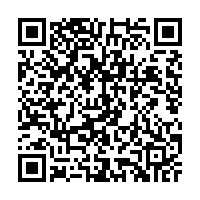