An Israeli driver was injured Thursday evening in a stoning attack by Arab terrorists near the Jewish community of Tekoa in eastern Gush Etzion.

The driver’s vehicle came under a hail of rocks while traveling past the Arab village of Tuqu’a, near the Jewish community of the same name, Tekoa. There have been repeated terrorist attacks in that area in recent days.

Miraculously, the driver managed to escape with slight injuries – miraculously, because the driver’s side window was completely smashed, with a fist-sized hole showing precisely where the rock went slamming into the car itself.

Both communities located in the shadow of the Herodian, the massive summer palace and tomb of King Herod, just a few minutes south of Jerusalem. 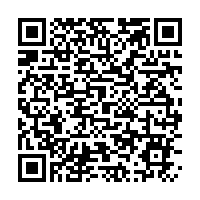