An astounding 20% of Hamas’s annual budget goes into building terror tunnels, according to an IDF estimation, which is based on numbers published by Hamas in Gaza.

With an annual budget of $700 million, it’s estimated that $100 million goes directly towards building terror tunnels into Israel and the Sinai, said a report in Makor Rishon.

The IDF estimates there are many more terror tunnels leading into Israel, besides the four that were recently found.

It is unknown how much more of their budget then goes into acquiring and building missiles and explosives.

Hamas’s Finance Minister complained that Hamas has lost $460 million since June, as a result of Egypt blowing up 90% of Hamas’s tunnels in the Sinai.

Hamas says they need their terror tunnels to kidnap Israelis, to help free terrorists captured by Israel who were trying to kill Israelis.

Just imagine if they had instead put that money towards new schools, medical centers, or social programs to improve their country. 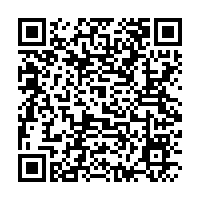