TEACH NYS, an arm of the Orthodox Union, conducted a well-coordinated day of lobbying in Albany last week on behalf of increased aid to the state’s private schools.

Coming by the busloads from six downstate counties and locally from Albany, were approximately 500 students, parents, teachers, administrators, rabbis, lay leaders, and others, mainly from 17 Orthodox day schools.

The group gathered in the Kitty Carlisle Hart Theatre to make the case for private-school finding to cover the costs of STEM (Science, Technology, Engineering, and Math) teaching and school security.

“The 84 percent of students attending public schools and the 16 percent attending non-public schools should be equally well-prepared to go out into the job market to become productive citizens, to pay taxes, to expand the economy of the state,” Allen Fagin, executive vice president of the Orthodox Union, told The Jewish Press.

“It’s in everyone’s interest to be doing this. We’re not looking to hurt the public schools at all. We would like to see the pot expand so that there is some appropriate relationship between the percentage of students in this state who attend private schools…and the amount of state dollars that goes to those students.”

Fagin estimates “approximately 150,000 private school students are not coming from wealthy homes, they are on scholarship assistance, they are receiving scholarships from schools and communities to allow them to attend those schools, and their parents are paying their fair share of taxes that go to support the public schools they cannot and do not use.”

Setting education policy in New York State is a complex puzzle with many moving parts. State education officials say they spend $26 billion throughout New York on elementary and secondary education. That number is higher than most state budgets and more than the operating budget of many countries. Institutions receiving support through the department include more than 7,000 public and private elementary and secondary schools, 270 public and independent colleges and universities, 359 proprietary (for-profit) schools, nearly 7,000 libraries, 750 museums, state schools for the blind and for the deaf, as well as 25 public broadcasting facilities.

In his address to the group, Governor Andrew Cuomo echoed the sentiments of event organizers and attendees.

“The governor,” said Senate Majority Leader John Flanagan (R – Huntington, Suffolk County), “has advanced certain items through executive orders and funding that we should all embrace. The New York State Senate supports essentially everything that you advocate. Whether its after-school transportation, STEM, security, whatever it may be, the greatest way we can help you is by fundamentally listening. Our obligation is to help you.”

“They’re getting a Jewish education, which has to be guaranteed. Taking it to the next level by creating this new STEM program for STEM teachers who, of course, don’t teach religion but just math, science, and technology classes, is something that is extremely important. We have to alleviate any burden we can on our private schools, on our yeshivas, to make sure they are still affordable and make sure the parents have the choice to send their kids to yeshivas.”

Speaking to The Jewish Press, Simanowitz acknowledged that funding for private school education is far from popular in Albany.

“There’s a big outcry among many of my colleagues in the Assembly who don’t want to see any funding, including related services or anything that we’re getting now,” he said. “If they had their way, the state wouldn’t give us any money. It’s a delicate balancing act that he [Speaker Heastie] has to maintain, and hopefully, when push comes to shove and there’s a deal on the table, he’ll give it that last little nudge.”

“I think the Assembly is the most important focus; they need to hear from us and understand what the priorities are for us,” said Maury Litwak, state political affairs director for the Orthodox Union and executive director of TEACH NYS.

Also not hearing a message he was looking for from state leaders was 15-year-old David Adler, a Great Neck resident and sophomore at the Manhattan-based Ramaz School. He had a test the day he was in Albany that he’ll have to make up.

“I believe the funding should go for all secular studies, not just math and science,” Adler told The Jewish Press. “I didn’t hear them bring it up, like history and English. English and history are topics everyone still needs to be educated in and whether or not they believe in this or that religiously, they should still be educated in these subjects. I believe it’s the government’s responsibility to educate everyone in these fields.” 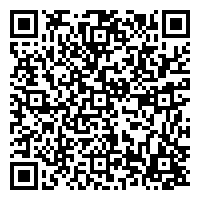