About a year and a half ago, the Israeli public stormed over the issue of segregation of the sexes in the Haredi society, under the catch-all phrase: “Hdarat Nashim” (Hebrew for pushing women away, or segregation of women). The most prominent example of this phenomenon were the bus lines in which men and women were instructed to sit separately, and street signs requesting the segregation of the sexes. The few violent incidents associated with these phenomena gave them a broad public exposure.

In that context, back then, Legal Advisor to the Government (AG) Yehuda Weinstein appointed a team of jurists to do a deep examination of the instances of Hadarat Nashim. And after 16 months, Makor Rishon reports, the team has completed its work.

Among other things, the team recommended prohibition of segregation in cemeteries—unless the family demands it, as well as shutting the rear doors of busses to incoming passengers, and ending separate waiting lines in those medical clinics where they existed.

Zofnat Nordman, who covered the story for Makor Rishon, writes that the team’s recommendations raise serious questions regarding the limits of tolerance in a multi-cultural democracy, and the validity of using the law as a tool to combat these phenomena.

But then, Nordman continues, in reading through the 245 items of the reports, there appears to be a kind of disconnect between the facts offered to the team and the dramatic rhetoric and final conclusions offered by the team members.

One fact that’s been drowned in a sea of details throws serious doubts on the validity of the entire report: it turns out that in a year-long examination of 1,369 cases, only in 1.3 percent of the cases was any pressure applied on the team’s male or female agents to switch seats on busses. And the facts submitted to the team also suggested that in 98.7 percent of the cases the segregation was maintained entirely without pressure or coercion.

Finally: over the 18 months of its activity, examining thousands of reports, the committee did not invite even one, single Haredi woman to testify.

That’s right. Their informal response was that these women had the status of a baby taken captive, who is not expected to have forged her own independent views.

Are you feeling liberated yet? 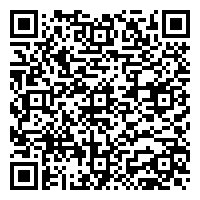