Head of the Defense Ministry’s political and defense center Major General Amos Gilad says the Syrian President is acting responsibly with regard to Israel and understands the power he faces south of his border.

In an interview on Reshet Bet, Gilad stressed that Israel is not working deliberately against the regime of Bashar Assad, and that the reported IDF attacks in Syria are only motivated by “a desire and an obligation to defend ourselves.”


He says Syria is a violent entity armed with many weapons, parts of which have been demolished. He says Iran is a destructive factor in the Middle East, bent on getting nuclear weapons and supporting terrorist organizations, as well as engaging directly in terrorism around the world. 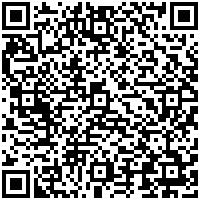