Author and Boycott Israel champion Alice Walker will be invited to speak in a public forum on campus, the provost of the University of Michigan said, after being disinvited from a women’s center celebration.

The provost, Martha Pollack, said in a letter to university faculty posted on the university’s Center for the Education of Women’s web page that the center and the Department of Afro American and African Studies plan to invite Walker to speak on campus.

Walker,whose professional hobby is comparing Israel with Nazi Germany, in a blog post on her website last week said she had been disinvited from speaking at the 50th anniversary of the university’s Center for the Education of Women. The Pulitzer Prize winner maintained that she was asked to step down as speaker at the initiative of donors.

The center said the decision to withdraw the invitation was based solely on the “celebratory nature” they hoped to achieve at the anniversary event.

Walker is a well-known supporter of the boycott, divestment and sanctions, or BDS, movement against Israel, in particular “a cultural boycott of Israel and Israeli institutions,” such as her decision last year to not allow an Israeli publishing house to translate her book “The Color Purple” into Hebrew.

Pollack in the letter reiterated the university’s “firm commitment to free speech and to the expression of diverse viewpoints.”

“At the same time, we respect the right of individual academic units to make decisions about whom they invite to campus, consistent with university principles and values,” she wrote.

Pollack added that the women’s center “apologized for the way the interaction with Ms. Walker was handled and has made clear to me that their decision was not driven by the content of speech.” 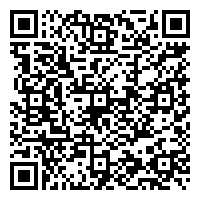