Gold-winning American Jewish gymnast Aly Raisman has accepted an invitation from Israel Diaspora Affairs Minister Yuli Edelstein for her and her family to make their first visit to Israel.

Raisman, who performs floor routines to the melody of “Hava Nagilah,” won an individual gold medal in her floor exercise last week and a bronze on the balance beam after helping the U.S. women’s team take the gold.


Edelstein wrote an impassioned letter congratulating Raisman and invited not only the 18-year-old gymnast, but also her parents, Lynn and Rick, and her younger siblings Brett, Chloe, and Madison, to be his guests.

She accepted on Friday after a telephone conversation facilitated by Dan Shapiro, the U.S. Ambassador to Israel, according to The Post.

“For me personally, as the minister in charge of relations with Diaspora Jewry, hearing why you chose the song made me realize that the concept of Kol Israel Arevim Zeh Lazeh [All Jews are responsible for one another] still holds true and that the Jewish people remain united no matter how far apart we may live. I was impressed that someone so young made such a monumental, ethical decision,” Edelstein wrote to Raisman, The Post reported.

“Making your first visit to Israel is not only important because it is the homeland of the Jewish people but also because you can contribute from your experience to the young generation of Israeli athletes,” Edelstein reportedly added.

There were no details on the timing or length of the visit. 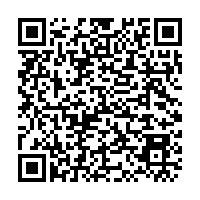