The Lehava Organization for the Prevention of Assimilation in the Holy Land appealed to Prime Minister Binyamin Netanyahu Sunday to break up his son Yair’s relationship with a Norwegian non-Jew.


Citing the Prime Minister’s late father Ben Tzion as a “Jew and a Zionist who brought up his children with Jewish values,” the organization’s leader Benzi Gopstein wrote in a letter, “It is hard to believe that someone like you would let assimilation through the front door. The repercussions of your son’s actions are far-reaching… What kind of example of this for the son of the Prime Minister of the Jewish State that invests millions of dollars to prevent assimilation in the Diaspora, when assimilation is happening in his own home?”

Gopstein asserted that Prime Minister Netanyahu’s father “would turn over in his grave at the actions of his grandson” and said that even if his non-Jewish girlfriend were to convert, it would not be out of sincerity for Judaism.

Yair is the son of Netanyau’s third and current wife, Sara.

The Prime Minister has made recognition by the Palestinian Authority of Israel as a Jewish state a red line for any future agreement. Presumably, if Yair’s friendship with his blonde-haired Norwegian girlfriend blossoms into marriage, she will convert, and also presumably, in an Orthodox conversion.

That would be an interesting test for rabbis. Jewish law frowns on conversion and demands that a prospective convert show his or her sincerity and ability and desire to live according to Jewish law.

Yair’s  girlfriend reportedly is from a family of Christian evangelists, and her sister lives in Israel, not as a Jew. 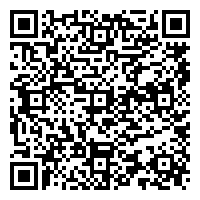