Daoud Zaatari, the mayor of Arab controlled Hebron, has called for the return of the kidnapped boys, Eyal Yifrach, Gilad Shaar and Naftali Frenkel.

In an interview on “Boker Tov Israel” Zaatari said,

“The kidnapping has caused damage to both sides, and the boys should be returned to their families. Everyone is waiting for this incident to end. We want peace between the Palestinians and Israel.”

Hebron was divided into two parts in the 1997 Hebron Protocol.

80% of Hebron (H-1), where 97% of Hebron’s Arabs live, is under exclusive Palestinian Unity Government (PUG) control, and as a result, Jews are not permitted entry into most of the ancient Jewish city.

The two Hamas terrorists who kidnapped the boys are from Hebron. 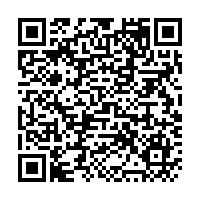