The Shin Bet has cleared for publication that it suspects Hamas Hevron terrorists Amer Abu Aisha and Marwan Kawasmeh played pivotal roles in the kidnapping of three Israeli teens.

Eyal Yifrach, 19, Naftali Frenkel, 16 and Gilad Sha’ar, 16, were kidnapped while hitchhiking home from yeshiva in Gush Etzion on June 12.

Security forces from the Shin Bet and IDF have worked together in Operation Brother’s Keeper to hunt for Kawasmeh, 29, and Abu Aisha, 32, almost since the night the boys were kidnapped, according to the Israel Security Agency (Shin Bet).

“Since then, the Shin Bet and IDF have conducted a wide-scale search aimed at capturing the wanted suspects. The first aim is to track down the location of the abducted youths,” the Shin Bet said in a statement released to media Thursday night.

Both previously have served time in Israeli prisons, and both are missing from their homes.

Kawasmeh, a barber, has in the past been detained both by Israel and the Palestinian Authority forces.  His uncle, Abdullah Kawasmeh, served as commander of the Hamas military wing in Hevron until he was killed in a clash with Israeli security forces in November 2003.

Kawasmeh himself was first arrested and convicted at age 18, serving a 10 month prison sentence for Hamas-related terror activity. He was subsequently arrested four more times, and held under administrative detention at least twice. In 2010 he confessed under interrogation to being recruited a year earlier by the Hevron regional Hamas military wing. He participated in military training in local caves, learning how to find raw materials to assemble bombs. He also took part in recruiting other Palestinian Authority youths to Hamas. He was again convicted and sent to prison, where he served time until March 2012. His four brothers, all associated with Hamas, were arrested the day after the boys were kidnapped, as was his wife — who was released 24 hours later.

Abu Aisha, a locksmith who is married with three children, was first arrested in November 2005 at age 24, at about the same time his brother Zaid, also a Hamas terrorist, was killed while trying to throw an explosive at IDF soldiers. Abu Aisha was placed under administrative detention until the following June, then freed until he was re-arrested in April 2007, when he spent several weeks in custody again. In addition, Abu Aisha’s father Omar was arrested and convicted by Israel, serving prison time a number of times for Hamas terrorist activity as well.

Security personnel have intensively interrogated the wives of both men in the Hares neighborhood where they both live, according to Palestinian Authority media, but the report has not been confirmed by Israeli sources. Both men reportedly attend prayers together regularly at the same mosque, but neither has been seen since the night of the kidnapping.

Other suspects connected with the two and who are also suspected as accessories in the operation have already been arrested as well, counter-terrorism officials said.

Nearly 400 Palestinian Authority Arabs have been arrested by security forces sweeping through Judea and Samaria as part of Operation Brother’s Keeper on their search for the kidnapped teens. Some sites around the Hevron area have been searched two or three times — and are going to be searched again, officials said. In many private homes in the region IDF soldiers have discovered secret tunnels, chambers, and illegal weapons caches. Tucked away in the hills and terraces around the area the forces have found previously unknown caves, cisterns, and other possible places where terrorists may have hidden their captives.

Despite the impending holy Islamic month of Ramadan, Operation Brother’s Keeper will continue ‘full force,’ Israeli officials have said. The government had weighed the possibility of scaling back operations but in the face of fierce opposition from the families of the teens as well as the Israeli public, the security cabinet reconsidered the decision. 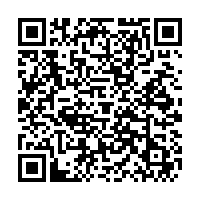