Haim Yellin, a Member of Knesset of the Yesh Atid party, was attacked by stone throwers outside the community of Shadmot Mehola in the northern Jordan Valley on Thursday, January 28.


MK Yellin was in Shadmot Mehola making a condolence visit to the family of Shlomit Krigman, the 24-year-old victim of the deadly stabbing attack in the Jewish community of Beit Horon, earlier this week on January 25.

Soon after leaving the community in the late afternoon, Yellin’s car was hit by a barrage of rocks thrown by Arab assailants on route 505 in central Samaria.

While Yellin’s vehicle sustained extensive damage as rocks and bricks shattered his window and windshield, the MK himself escaped the incident unharmed.

Yellin is the former Head of the Eshkol Regional Council, which suffered numerous rocket attacks from Gaza over the past years.

“This time it was a concrete block and not a rocket,” commented MK Yellin immediately after the attack.

“We can’t stop our daily lives because of terrorists who throw stones, stab or shoot. We have to strike against terror with all our might while not forgetting to embrace and comfort the families of the victims,” said Yellin.

Security forces and the Knesset Guard, an Israeli protective security unit, are investigating the attack. 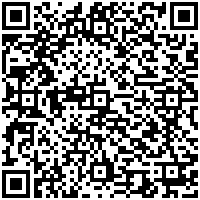