The Knesset on Wednesday rejected the proposed bill to save the Ulpanah Hill neighborhood, which was ordered by the High Court to be demolished at the end of this month.

The bill, knows as the “Regulatory Law,” put a time limit on the rights of Arab claimants to sue Jewish settlers, while providing for market value compensation for plaintiffs who prove their case in magistrate court.


If passed, the bill would have circumvented the High Court decision, although Deputy Prime Minister Moshe Ya’alon has warned that even if the bill passes, it was likely to be killed as unconstitutional by the court, as to date Israel is yet to apply its law to the territories of Judea and Samaria.

In a preliminary reading, the Knesset voted the bill down by 69 to 22.

On Tuesday, Prime Minister Benjamin Netanyahu decided to oppose the bill and demanded that his minister vote his party line under threat of dismissal.

Foreign Minister Avigdor Lieberman announced Wednesday that his Yisrael Beiteinu party will vote with the government against the bill, after approved Netanyahu’s alternative plan to remove the Ulpana neighborhood in Beit El and transfer the houses to a nearby former army base.

The Netnayahu plan, approved by Attorney General Yehuda Weinstein, is to uproot relocate the five houses in question to an abandoned military base near the town of Beit El, and to build an additional 300 new housing units in that base.

Netanyahu is hoping to discourage Arabs and the anti-Israeli leftist organizations which support and encourage their law suits, as each one of their “successes” would result in multiple new Jewish homes in nearby areas. 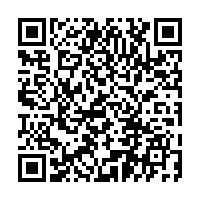