IDF Sgt. Elor Azaria was pronounced guilty of manslaughter on Wednesday afternoon in the shooting death of an injured terrorist who, with a partner already dead, had stabbed and tried to kill other Israeli soldiers stationed in Hebron.

The long-running case ripped a deep wound through Israeli society, baring a major disagreement about how such issues should be handled.


The injured terrorist had been wearing a bulky jacket in very warm weather that day, leading some to suspect he might be wearing an explosives belt beneath his clothing.

The prosecution argued that the terrorist had “already been checked and cleared” by an IDF officer. Azaria, a medic who had just finished treating the wounded Israeli soldier, decided to ensure the terrorist lying on the ground would not remain a threat to potentially kill others and walked over and shot him at point-blank range.

The questions in the case were complex. Did Azaria commit murder, or did he neutralize a threat? Was Azaria’s bullet the one that killed him, or was the injured terrorist already dying? It was later decided by the court that it was indeed Azaria’s bullet that had been the one to kill the would-be killer.

Carefully selected camera angles and video editing of the incident by Arab members of NGOs at the scene at the time, released instantly to the media, practically became judge and jury with accusations of “cold blooded murder” against the young soldier within hours. But without complete footage of the events from the start of the incident, scanning the site throughout to the end, it is impossible to know what really happened except through witness testimony.

As with the discussions over the past few years in the United States over the pros and cons of body cams, there is an argument to be made for the advantages of such a system despite its expense. However, body cams are also not foolproof and have often become damaged in the course of an incident, providing less than optimum evidence and sometimes not even that.

The bigger issue is the question of why the case was tried in the media before it went to a court. A young man, 20, whose life really has yet to begin, traumatized by events over which he had little control, suddenly becomes the focus of a debate that has torn apart the entire country for decades.

The Israel Defense Forces, which has total control over his life from the moment he dons the uniform and which pledges to protect him and provide his every need, instead becomes his prosecutor on behalf of an Arab terrorist who had moments earlier attempted to murder a fellow soldier, and nearly succeeded.

Did Azaria intend to shoot and kill Abd Fatah el-Sharif in Hebron in March 2015, or was his response one of instinct, based on the belief that the terrorist was a threat to himself and others around him?

Numerous other terrorists, despite their injuries, have managed to continue their “mission of murder” until they themselves were finally killed.

That was the issue faced by the court as Judge Maya Heller considered the verdict. She spent two hours and forty minutes explaining why she decided he was guilty of manslaughter.

“We have adopted the conclusion that the terrorist’s death was caused by the shooting by Azaria,” she said, and cited testimony from the soldier’s commanding officer who had recalled the medic had said the terrorist “deserved to die.”

Judge Heller continued her analysis, saying there was no real indication that Azaria felt threatened in any way by the injured terrorist.

In February, he could face up to 20 years in prison.

He can appeal the conviction and the sentence, if any, to the Military Appeals Court, but this requires even more stamina than he has already been forced to dredge up from within.

There is also the option of an immediate pardon by President Reuven Rivlin, but the defense minister and chief military prosecutor must both submit the request to the president, if his family files a request on the soldier’s behalf.

Another option is the possibility for any sentence after conviction to be reduced at the request of the IDF chief of staff, or another high-ranking officer.

Meantime, Elor Azaria has been remanded to a military jail.

Elor Azaria Stands Before IDF Military Parole Board on March 14 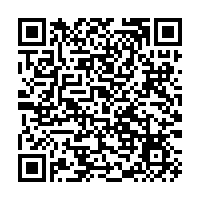