A baby died at Maimonides Hospital in Brooklyn last September after contracting herpes from a circumcision ritual. The cause of death was listed as “disseminated herpes simplex virus Type 1, complicating ritual circumcision with oral suction,” according to the New York Daily News.

The Jewish Week reports that the Brooklyn District Attorney’s office is looking further into the case.

In 2005, another Jewish infant died from a similar infection, which prompted in 2006 the New York State Department of Health and many Orthodox rabbis to issue a Circumcision Protocol Regarding the Prevention of Neonatal Herpes Transmission.

The Orthodox Jewish ritual of metzitzah b’peh requires that the mohel place his mouth on the freshly circumcised penis to draw blood away from the cut. Metzitzah b’peh is generally not performed anymore, except by a few holdouts. 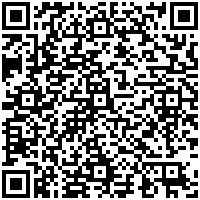