Authorities in the Canadian city of Toronto have named the perpetrator who opened fire in the city’s popular Greektown section on Sunday (July 22), killing two people — an 18-year-old woman and a 10-year-old girl — and injuring 12 others.

According to the Special Investigations Unit, the shooter was Faisal Hussain, age 29, a resident of Toronto. Police say they’re not ruling out terror, but they’re also not yet ready to publicly define the attack that way either. They say the motive is still unknown.

Hussain was found dead of a gunshot wound a short distance from the carnage he created, after a shootout with police.

His family released a statement saying they were “utterly devasted by the incomprehensible news” about their loved one having been the perpetrator of such a bloodbath. They also said he had mental health problems and claimed medication and therapy “didn’t work” for him, and expressed their heartbreak for the victims. 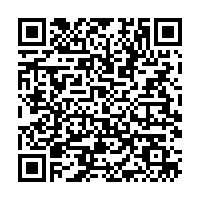