The US Centers for Disease Control and Prevention (CDC) confirmed last week that it is monitoring “over 200 individuals in 27 states and a few other countries” who were exposed to Monkeypox on a flight from Nigeria.

The patient was a Texas man who was diagnosed with the illness about a week after his arrival in Atlanta, Georgia from Lagos, Nigeria. He then flew to Dallas, Texas, where he was admitted to a hospital.


Monkeypox can only be diagnosed by a lab test.

The CDC is working with the airline and state and local health officials to contact airline passengers and others who may have been in contact with the patient during two flights: Lagos, Nigeria, to Atlanta on July 8, with arrival on July 9; and Atlanta to Dallas on July 9.

Travelers on these flights were required to wear masks as well as in the U.S. airports due to the ongoing COVID-19 pandemic. Therefore, it’s believed the risk of spread of Monkeypox via respiratory droplets to others on the planes and in the airports is low.

“Monkeypox is endemic and always with us in Nigeria,” Virologist Oyewale Tomori told The Conversation news site last month. The disease re-emerged in Nigeria in 2017 after nearly 40 years with no reported cases.

“Nigeria will always detect cases when its surveillance system is functioning well,” Tomori said, adding that Nigeria has had 466 suspected cases of Monkeypox between September 2017 and Jun 2021. Of those, 205 were confirmed cases, and eight people have died of the illness since September 2017.

Monkeypox is a rare but potentially serious viral illness that typically begins with flu-like illness and swelling of the lymph nodes and progresses to a widespread rash on the face and body. Most infections last 2-4 weeks.

Monkeypox is in the same family of viruses as smallpox but causes a milder infection. In this case, laboratory testing at CDC showed the patient is infected with a strain of Monkeypox most seen in parts of West Africa, including Nigeria. Infections with this strain of Monkeypox are fatal in about 1 in 100 people. However, rates can be higher in people who have weakened immune systems.

Prior to the current case, there have been at least six reported Monkeypox cases in travelers returning from Nigeria, including cases in the United Kingdom, Israel, and Singapore. This case is not related to any of these previous cases, however. In the United Kingdom, several additional cases of Monkeypox occurred in people who had contact with other cases.

People can get Monkeypox when they are bitten or scratched by an animal, prepare wild game, or have contact with an infected animal or possibly animal products.

Monkeypox can also spread between people through respiratory droplets, or through contact with body fluids, Monkeypox sores, or items that have been contaminated with fluids or sores (clothing, bedding, etc.)

Most Monkeypox outbreaks have occurred in Africa. In addition to Nigeria, outbreaks have also been reported in nine other countries in central and western Africa since 1970.

Monkeypox also caused a large outbreak in people in the United States in 2003 after the virus spread from imported African rodents to pet prairie dogs. 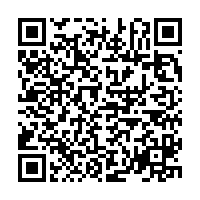