The brownstone housing the Chabad Lubavitch of the Loop, Gold Coast and Lincoln Park was to have gone on the auction block Wednesday, but the bankruptcy filing this week gave Chabad additional time to repay a bank loan, the Chicago Tribune reported.

The group has found a way to pay its debts but needed more time, Rabbi Meir Chai Benhiyoun said, according to the Tribune.


Seven years ago, Chabad sought to build a new center at Chestnut and Clark streets, on Chicago’s so-called “Gold Coast,” and used its building on North Dearborn as collateral to the bank on the $4.9 million loan.

Following the economic downturn, donations for Chabad took a hit, the bank changed its rules and the organization was unable to finance its loan on the new property.

The Chabad House has served as a residence, classroom and a place to stop for Jewish travelers on visits to Chicago. 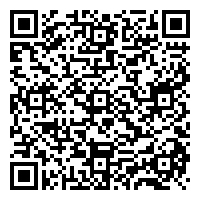