AFP reports that Chinese Foreign Ministry Spokesman Liu Weimin told reporters at a regular briefing that “China is concerned about the escalation of the situation in Gaza.”

“We call upon the Israeli side to stop air raids against Gaza. We hope the parties concerned can stop firing immediately in order to avoid casualties of innocent civilians.”

China’s reaction to the air raids is a great deal more urgent than its comments on the far more brutal situation in Syria. (Only last Thursday did China’s envoy to Syria finally tell President Bashar al-Assad’s government and “other parties” to stop the violence and help the United Nations and the International Committee of the Red Cross send aid to strife-hit areas.)

But concern should rise in Jerusalem, as China’s unexpected rebuke comes shortly before a state visit by Israel’s Foreign Minister Avigdor Lieberman Thursday, to hold talks with his Chinese counterpart Yang Jiechi.

China to Israel on Eve of Lieberman Visit: Lay off Gaza 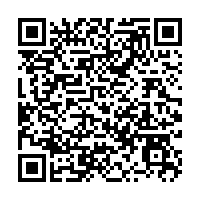