The Knesset’s Jewish Home faction is in danger of splitting, following the internal political maneuvering that has taken place in the National Union.

The National Religious camp has seven seats that are spread across six parties in two factions. The previous attempt at a merger before the 2009 elections failed and led to the formation of more political parties.


Jewish Home is made up of rookie MKs Daniel Hershkowitz and Uri Orbach that were brought in as compromise candidates to complement the National Religious Party’s veteran MK Zevulun Orlev. Hershkowitz and Orbach have been trading public attacks with Orlev over the course of the last few weeks, with an escalation yesterday when the NRP decided against some of the Jewish Home’s guidelines for internal primary elections to set up its list for the next general Knesset election.

Following leadership races in Likud, Labor, and Meretz, and with Kadima’s internal primary elections a couple of weeks away, many in the National Religious camp want their parties to get their act together. National Union Chairman MK Yaakov (Katzeleh) Katz and Jewish Home Chairman MK Hershkowitz have worked hard to bring their factions together in a joint list for the next elections.

MK Katz and MK Uri Ariel’s Tekuma party are settling their differences within the National Union with Hatikva Party MK Arieh Eldad and Eretz Yisrael Shelanu MK Michael Ben Ari. MK Eldad is secular, but his Hatikva Party does have a National Religious following. Eretz Yisrael Shelanu is a merger of Baruch Marzel’s Jewish National Front party and the Chassidic followers of Chabad’s Rabbi Wolpo. Analysts agree that National Union Faction Manager and Moledet Party front-runner Uri Bank still has electoral value, although it is not clear if he will be slated in a realistic spot for the next Knesset by the powers-that-be.

Over the years, many Israeli National Religious and Modern Orthodox national camp members have grown tired of keeping up with their communities’ smaller parties and have gradually lost votes to the Likud and Yisrael Beitenu. There is hope among those who have stayed loyal to the smaller parties that they will overcome their differences and run on a joint list. Insiders have suggested that a new political superstar at the head of the list is needed to accomplish this.

Time will tell us who is in, who is out, and if there will be any room for fresh new candidates. 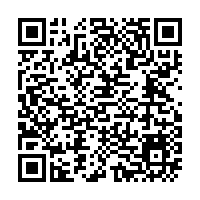