Are you over fifty and finding it hard to keep track of your car, your keys or new faces these days?

According to the findings of a small study published in the October 1, 2014 volume of the journal Nature Neuroscience, chocolate may improve memory skills normally lost with age.


Healthy subjects ages 50 to 69 performed better on a memory test after drinking a mixture high in cocoa flavanols for three months than those who drank a mixture low in flavanols.

Cocoa flavanols are anti-oxidants, which led the drinkers to perform the same as people 20 to 30 years younger on a pattern recognition test involving the kind of skill used when remembering the face of someone you just met, or the place you parked your car.

Researchers found that people in the high-flavanol group exhibited increased function in the “dentate gyrus” area of the brain’s hippocampus – the area linked to this type of memory skill.

According to the study’s principal investigator Dr. Scott A. Small, a neurologist at Columbia University Medical Center, those who drank the cocoa flavanol mixture performed 25 percent better than the low-flavanol control group.

The area of the hippocampus that is impaired early in Alzheimer’s disease – the entorhinal cortex – showed no increased activity.

But it would take a monumental amount of chocolate to reach the level of flavanols necessary to achieve any effect, doctors say.

To reach 138 milligrams of epicatechin (the daily dose of the high flavanol group), one would have to eat about 100 grams of baking chocolate or unsweetened cocoa powder – about 300 grams of dark chocolate a day.

Consider the incredible amount of fat and calories involved, and the cost-benefit ratio.

Is it really worth it?

There were other factors involved that may have affected the study outcomes, including the size of the cohort and other food items consumed by the subjects and controls.

Nevertheless, good news about chocolate in any form is always good news for chocolate lovers. 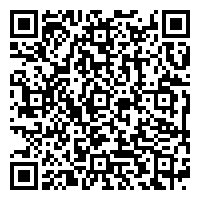