Rabbi Pinto’s lawyers argued that the court should let him off the hook with doing only community service.

Plea bargaining resulted in the bribery charges being reduced so that he could not be sentenced to more than one year in jail.

Rabbi Pinto tried to bribe senior police officers but won consideration from the court for his donations to poor people and the elderly. He also turned state’s witness and testified against a police officer who denied being involved in the bribery scheme.

The rabbi’s lawyers have 10 days to decide whether to appeal today’s sentencing. 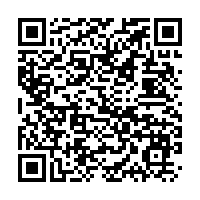