The U.S. Department of Education outlined new efforts to bring non-profit schools into federally funded programs, an initiative that had been sought by Orthodox Jewish groups, among others.

State and local educational agencies “must ensure the equitable participation of eligible private school students and, as applicable, their teachers and parents” in such programs, the department’s Office of Innovation and Improvement said in its proposed plan for such inclusion, posted on the department’s website on March 14.


Such schools, including religious schools, must also be included in programs falling under disabilities education law, it said.

The Orthodox Union welcomed the initiative.

“Today’s announcement by the Department of Education is an important and pragmatic first step in improving the delivery of federally funded educational services to the nonpublic schools students who are entitled to receive them,” it said in a statement. “We appreciate the collaborative relationship we have had with White House and Department officials on this project, and we look forward to working with them to ensure its successful implementation.” 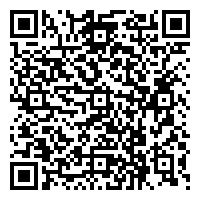