The Arab Joint List faction pressured Defense Minister Benny Gantz on Wednesday to cancel the administrative detention of a Hamas terrorist from Hebron who has allegedly been on a hunger strike for 91 days, according to former MK Orit Strook.


But Attorney Maurice Hirsch, Adv. writes a series of tweets on Wednesday warning that “hunger strikes” by terrorists in Israeli jails are not exactly hunger strikes.

“The terrorist decides he is tired of being arrested,” Hirsch writes in a series of tweets. “The money the Palestinian Authority pays him is good, but he prefers to try to murder Jews.

“The Israel Prison Service (IPS), in coordination with the Ministry of Homeland Security and the Ministry of Health, is too lazy to treat [the hunger striker] in accordance with legal protocols and refuses to use the method set forth in the Prisons Ordinance for the treatment of prisoners on hunger strike.

“So, while equipped with medical opinions as if the death of the terrorist is an immediate and definite matter, the terrorists turn again to the High Court.

“This time, the judges force the state to agree to “suspend” a terrorist’s administrative detention.

“However, in the first place, there is no such thing as suspending an administrative detention.

“And in the second place, it means releasing the terrorist and opening the hospital gates.”

In regard to the ‘Al-Maqdad’ terrorist under discussion with the defense minister, he writes, “he began his hunger strike 91 days ago (as stated previously, medically impossible).”

The IPS, the Ministry of Homeland Security and the Ministry of Health do not act in accordance with the law, Hirsch contends, and instead the terrorist is transferred to a civilian hospital.

“Shortly afterwards, the terrorist turns to the High Court again and everyone shouts, ‘Gevaldt!’

“In accordance with procedures, the state folds without thinking . . . about the use of the Prisons Ordinance and agrees that the High Court will once again operate a legal instrument that is merely an invention of former Justice Eliyakim Rubinstein.

“The decision means the removal of the officers guarding the terrorist, and giving free access to him, including his family members, without entry permits into Israel.

“At the same time, the terrorist is supposed to stop the hunger strike. But because he understands that if he goes back to eating they will stop again, he continues, as if on a hunger strike.

“But this time there is no one to testify that he really does not eat.

“At some point the state surrenders even further and agrees to fully release him. And so the terrorists, with the encouragement of the state, create more and more images of victory.

“There are serial and constant folding of the security forces, together with the medical authorities and with the encouragement of the Ministry of Justice.

“[But] this disgrace is not inevitable. One can act differently if one wishes. “ 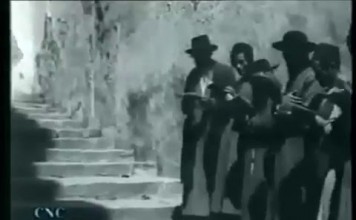