In a special initiative to enable families to spend the Jewish New Year together, an airlift of 21 flights from El- Al Airlines flying from 10 different international locations, are bringing parents of lone soldiers serving in the IDF to Israel. Flights are taking off from New York, Los Angeles, Toronto, St. Petersburg, Kiev, Moscow, Paris, London, Brussels and Amsterdam.

On Thursday, September 18, a flight from Moscow with the first group of parents landed in Israel.


The El-Al Airlines, the Israel Hotel Association (IHA) the Association for the Wellbeing of Israel’s Soldiers (AWIS), the IDF’s Manpower Directorate are all part of the unique project to reunite parents with their sons and daughters who took part in the recent Operation Protective Edge against Hamas.

An event of this scope has never taken place before as 125 parents to 77 soldiers will arrive in Israel in the upcoming few days. “We initiated this project in order to show our appreciation to the lone soldiers, who bravely decided to leave their home country and protect Israel,” said David Maimon, Chief Executive Officer of El-Al Airlines, which provided the parents of lone soldiers with the free flights.

At Ben Gurion Airport on Thursday, the lone soldiers waited eagerly for their parents, who are also receiving free accommodation for a five-night stay in hotels that are part of the Israel Hotel Association (IHA).

One mother of a lone soldier, Dovrat Ifis, commented that the most meaningful part of the trip was to spend the Jewish New Year with her son. “The best part is that we get to celebrate Rosh Hashanah together. I can’t put into words how happy I am right now. My heart is pounding with excitement,” she stated.

Ifis is also very grateful for the generous initiative. “The time is just perfect and our soldiers truly deserve it – the time has come to hug them and spend quality family time with them.”

Eli Gonen, President of the Israel Hotel Association noted that his organization has been helping lone soldiers for many years, offering accommodation especially during the Jewish holidays, including Rosh Hashanah and Passover.

“We are supporting the army and soldiers throughout the year,” Gonen stated. “We are opening our hotels and our hearts to the lone soldiers and their families, providing them with a feeling of home and comfort during the holidays.”

The Chairman of the Association of the Well-being of Israel’s Soldiers (AWIS), Avigdor Kahalani also added that lone soldiers will always be supported. “The lone soldiers are not alone – AWIS, El-Al Airlines, the Israel Hotel Association and the IDF’s Manpower Directorate are there to embrace them after Operation Protective Edge and just before the New Year, we managed to bring them their loved ones from home.” 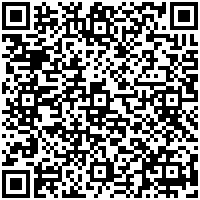