All nine Fatah members who resigned from the faction were residents of Nablus. They were, however, careful to avoid publicly criticizing the Palestinian Authority security forces and instead referred to “the regretful events that resulted in the martyrdom of commander Imad al-Amid” in their letter of resignation.

Dweikat was killed Saturday after he was shot during clashes between PA security forces and locals in Balata al-Balad while reportedly trying to calm the situation. The PA security forces were present to enforce the closure of several stores due to the Palestinian Authority government’s coronavirus regulations.

Dweikat was reportedly shot in the thigh by PA security forces as they were responding to violence from rioters at the scene; he died shortly after he was taken to Rafida Hospital, according to the Arabic-language Sama News site.

The family of the victim was unwilling to hold a funeral for their loved one, nor to accept condolences, until consequences were meted out for his killing, according to the report by Khaled Abu Toameh.

“We want those who shot him to be brought here before us,” the family was quoted as saying. “We either kill them or get killed. There will be no negotiations with any official over this matter. Our son was martyred while he was defending our people.”

This language is typical of that used at the start of efforts to calm two sides when a blood feud is beginning or already in progress between two Arab families or “hamulahs.”

When a member of one family or clan has been killed, whether intentionally or inadvertently, even to this day, most Arab and Bedouin families in the Middle East will declare a blood feud and vow to take the life of the killer or any member of the killer’s family regardless of age, sex or closeness of the relationship.

For this reason, until a “sulha” (peaceful resolution) is negotiated between the two sides, usually the Council of Elders will issue a “fatwa” (edict) banning anyone from entering or leaving their community until negotiations have been completed. 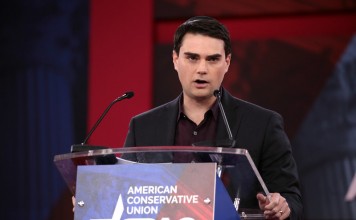