A former Israeli intelligence official is calling to pay closer attention to the growing popularity of the Lions’ Den, the newest militant faction that has emerged in Nablus.

Avi Melamed, who served for 15 years as an Israeli intelligence official and senior advisor on Arab affairs in various field and headquarters roles, has pointed to the Lions’ Den’s refusal to identify with any of the established Palestinian forces as one of the central reasons for the group’s growing popularity.

He says that refusal to align with other existing terror groups is an early indicator of the possible emergence of new political groups to represent the growing numbers of those disenfranchised from the current Palestinian Authority leadership.

“It is likely that over the coming months [the Palestinian Authority’s leading faction] Fatah’s always-simmering internal political power struggles will increasingly bubble to the surface,” Melamed said. “The battle for control over the party may very well evolve into a violent collision between the rival camps in the cities, towns, and territories controlled by the Palestinian Authority.”

Melamed founded Inside The Middle East, a nonprofit organization devoted to providing an apolitical non-partisan education and knowledge about the Middle East. A former senior Arab affairs advisor to Jerusalem mayors Teddy Kollek and Ehud Olmert (during the first and second intifadas), Melamed recently also authored the book “Inside The Middle East: Entering A New Era.” 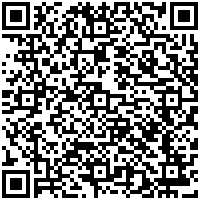